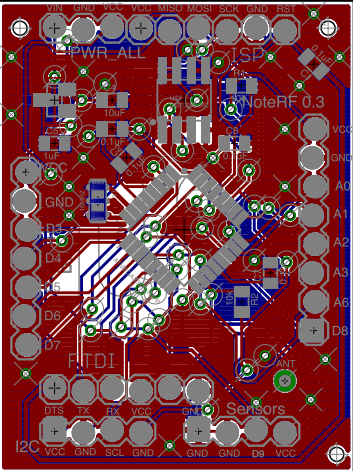 I finaly published them: sources of my wireless sensors are available here.

I recently discussed with some friends about sensors to record jump heights and hang time when kitesurfing. They are really expensive and requires to wear a phone in a waterproof case. As it is a useless sensor and I just wanted to have some fun: I tried with a cheap sensor, an µC, and some EEPROM, no need to be accurate to the centimeter… 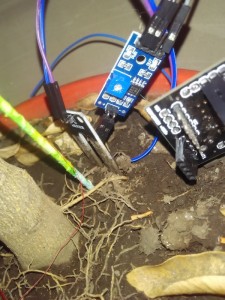 As I like to have plants at home but always forgot to water them, I bought a cheap resistive soil moisture sensor. Actually, it is just two strips of copper wired as a voltage divider with a 10k resistor, the IC is used as a comparator to have a “digital” output, with a threshold set by the trimpot.

I had a discussion with a friend of mine on Why the hell are you designing a new PCB instead of buying one ?

As a part of my future home automation called NoteRF, I need some devices other than a Raspberry Pi grabbing weather and pollution data from the internet: I designed a PCB and throw some lines of code on it.
Currently, the devices are only sensors, but I plan to implement some actuators later. Everything communicates wirelessly with the help of HopeRF RFM69hw, I will write something on the PCB and publish them as soon as I have the time to do some minor corrections to the Eagle files.