I wanted to try if a 100% DIY process to reflow a small batch of boards. For about 10 boards it is cheaper to hand solder them than ordering a stencil, but I was wondering if it can be faster to manually cut a stencil and reflow the boards on a frying pan. 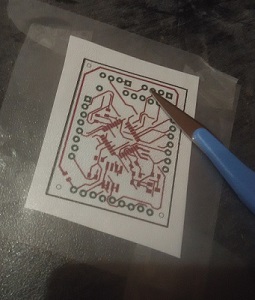 This step is the most boring: try to cut the stencil as precisely as possible. I thought that I would spend more time but it took me 15 minutes for this small board. It requires: 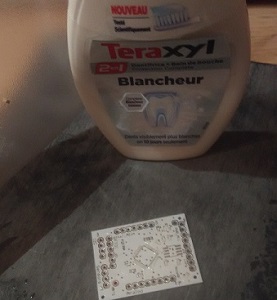 I first try with some toothpaste… it works! So the next step was the solder paste. As the only paste I had was few months old, it was almost dry :/ A dilution with isopropyl alcohol helped, and the board was ready to place the components. 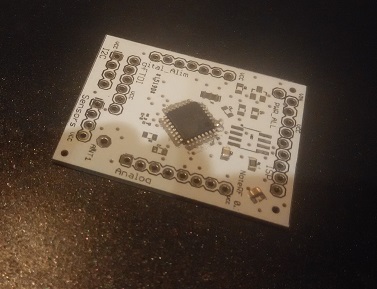 The fun part, a dedicated frying pan: put the PCB in the pan, heat gently for 20 sec, then stronger until you see the solder paste melt. It’s done, just let the PCB cool down. I only had one shortcut but where my stencil was poorly cut, so this (not so) industrial reflow process is validated !!!

Even if it works with simple components, it can be complicated when there are small SMD packages but might be handy for prototyping.